The Abode of Anamnesis is the highly anticipated catalogue of the exhibition that sprang from the winning proposal of OCAT’s inaugural Research-Based Curatorial Project (2018). This book includes all the materials from “Picturing Histories: Historical Narratives in Contemporary Chinese Photography,” the research-based exhibition project by curator He Yining, who also acts as the editor-in-chief. With essays, exhibition views, artwork analyses, and materials from other events in the program, the book traces the project from its initial stage of research to the presentation of the proposal, its development, and the final exhibition, demonstrating how a curatorial concept can be transformed into a highly concentrated exhibition program with both academic and visual appeal.

Bearing the same name as the exhibition, the visual design of the book presents a sense of unity with the exhibition. The book cover follows the graphic design of the exhibition poster, which echoes the connection between the exhibition theme “anamnesis” and the concept of abode, as if fragmented memory comes to form­ a chaotic universe.  The designer, Wei Longwen, who attempted to present this indefinite stereoscopic structure through origami, 3D modeling, and some other forms at the preliminary stage, eventually decided on the graphics which balance appearance, functionality, and readability.

The designer Wei Longwen studies photography and design and has the expertise and practical experience in both disciplines. In her book design, she tries to reconcile the “double identity” of The Abode of Anamnesis as an exhibition catalogue and an essay collection, to find a balance between solemnity and intelligibility, and to set a relaxing and accessible tone for the whole book. After discussing with the curator He Yining, Wei Longwen makes every effort to bring forth the complexity of each artist’s works by employing different page arrangements or structures, and in so doing perfectly fulfills the mission of faithfully presenting the characteristics of artworks in a photography album.

Given that the book is more like a collection and an archive with referential value, the designer opted for the Swiss bookbinding that allows the inner pages to fully unfold while leaving the book intact. The grey board on the cover is also a bold attempt, hoping that this straightforward and unpretentious style of Brutalist design can convey the academic quality of the book. 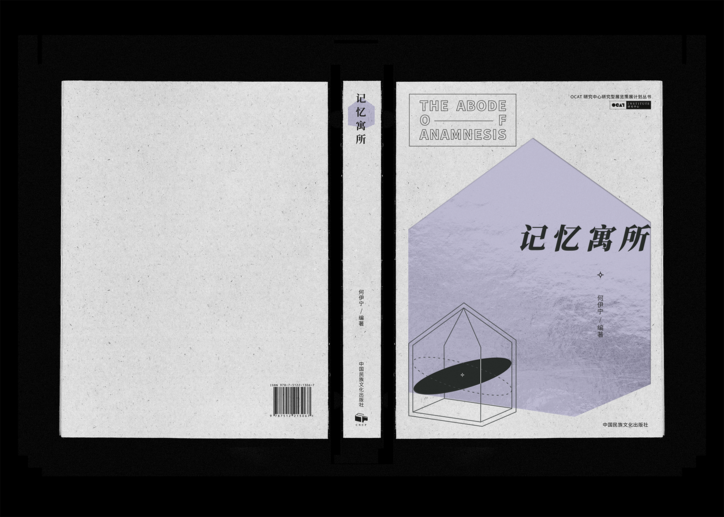 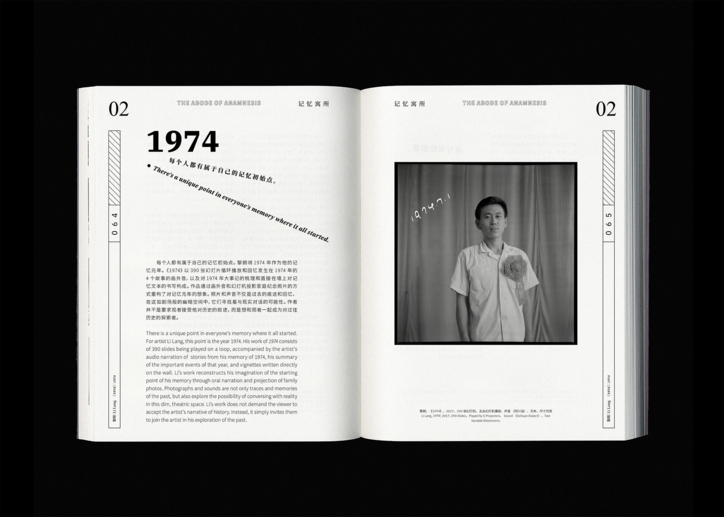